Ibn Arabi, undoubtedly one of the world’s great spiritual teachers, provokes mixed reactions. There are those that consider the 12th century mystic, philosopher, Islamic scholar, poet and sage to be the foremost spiritual leader and Sufi master in Muslim history.

Others regard him as a heretic or even an apostate. There is rarely much middle ground.

Ibn Arabi – known as Muhyiddin (the Revivifier of Religion) and Al Shaykh Al Akbar (the Greatest Master) – was selected as personality of the year at the Abu Dhabi International Book Fair.

"We must let go of this ‘either/or’ mentality, this bipolarity that demands we either idolise Ibn Arabi and his teachings or are extremely critical of him," says Dr Hala Fouad, an Egyptian professor of philosophy.

Fouad took part in a panel discussion at the fair on Saturday examining Ibn Arabi’s legacy and how his teaching can be applied to stem the tide of radical fundamentalism.

"Why think of Sufism as a religious view? Why insist that Sufi text is created to attack Islamic fundamentalism? It’s not black or white," says Fouad. "It is enough to use his text to help us understand how we want to view the world and uncover a treasure trove of critical thinking."

Fouad was joined by Dr Souad Al Hakeem, a professor of Islamic thought and Sufism at Saint Joseph University in Beirut, and Dr Thuraiya Iqbal, a Moroccan poet, translator, scholar in Islamic Sufism and member of parliament.

Outside of the book fair, Al Multaqa is a bi-weekly book club where women in the region can discuss Arab and international literature. It has been included as a member of the Unesco Book Clubs in recognition of the important role it plays as a literary hub for Arab writers and intellectuals in the Middle East.

Perhaps the most important of Ibn Arabi’s teachings, the scholars agreed, is his consistent message that love is what he believes in – and his ultimate faith.

"Ibn Arabi said, ‘Love is my religion. Follow the way of love’," says Al Hakeem. "In this time of accelerating hatred and conflict in the name of religion, how can we go wrong by following this message?

"The reason people fight and disagree – and the source of conflict in this world – is not God, nor religion. It is our perception of God and the way we choose to understand religion. The fight stems from this perception and the differences in how we see and understand God.

"Ibn Arabi said this centuries ago: the source of differences between the people of the world is not religion itself, but the way we view it."

Human society, Al Hakeem adds, is based on diversity, not unilateralism. If we can learn to celebrate our differences, half the fight is over.

Iqbal believes that Ibn Arabi’s teachings should be required learning for many scholars, including students of religion, philosophy, history, feminism and political science.

"His teachings are timeless, and examine how we can become the ‘perfect being’," says Iqbal. "It should be foundational in terms of education, taught everywhere and examined in depth, because it will teach empathy, humility and humanity."

With more than 300 published works to his name, Ibn Arabi, who was born in 1165 and died in 1240, did not leave many topics untouched.

"A researcher can dedicate his entire life to studying and understanding Ibn Arabi’s work and still not scratch the surface – and everything he wrote back then is still applicable today," says Iqbal.

Indeed, if we look at our world through Ibn Arabi’s theory of the "Unity of Being", says Al Hakeem, we find life flows into every corner: in men, animals, trees and stones – life renewed with every breath – and see God’s qualities manifested in everything.

"If we make Ibn Arabi’s vision a reality, then how could we stretch out our hand to do harm to a creature? We never would," she says. 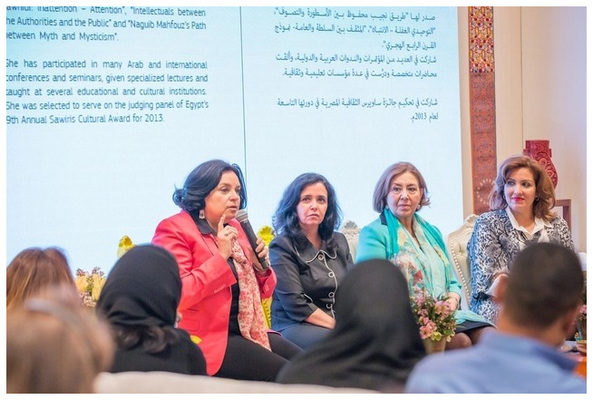